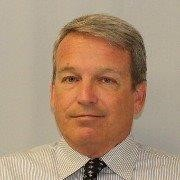 Mr. Durham received a BS in Chemistry/Physics from the University of Houston. Mr. Durham started his 40+ year career in 1974 with Amoco Chemicals in their R+D group. In 1980 he joined Dresser Industries to manage the technology group for the newly formed production chemical division. From 1983 to 2005, he directed technology and supply chain functions globally for Baker Hughes in their production chemical division and developed technologies and markets in North America, Europe, FSU, Latin America, Russia, Africa, Middle East, Australia, Malaysia, and Indonesia.

From 2005 to 2012 he grew Multi-Chem as part owner, CTO, and SCO and Technical Director for Halliburton PSL after being sold to Halliburton. In 2012 he joined Apache’s EPT group to advise on global upstream chemical programs.

Mr. Durham is a 40+ year SPE Member, Distinguished Lecturer, and Author and a NACE Corrosion Engineer, NACE Instructor + Author. He is active in the Rice University Brine Consortium, American Filtration Society, API, RPSEA, Royal Society of Chemistry, and the American Chemical Society.  Mr. Durham is the founding chair of the ACS Green Chemistry Institute Hydraulic Fracturing Roundtable. Over a 45+ yr. career he has authored a multitude of patents and publications addressing and solving a broad range of issues in the upstream production and completions industry.

Check out the incredible speaker line-up to see who will be joining Danny.

Download The Latest Agenda
We use cookies and similar technologies to recognize your visits and preferences, as well as to measure the effectiveness of campaigns and analyze traffic.
To learn more about cookies, including how to disable them, view our Cookie Policy

The browser you are using is not supported that will prevent you from accessing certain features of the website. We want you to have the best possible experience. For this you'll need to use a supported browser and upgrade to the latest version.